COVID-19, People and the Environment.

Do you think Mother Earth sent us to our rooms to reflect a little on our behaviour? Now that most countries in the world have introduced rigorous restrictions on movement and quarantine and are forced to stay in their homes to prevent the spread of the newly created virus while being bombarded with loads of right and wrong information, everyone is suddenly wondering what is going on with the world that do we know and what is our future? While the measures were not yet rigorous, all of them were suddenly rushing into nature, into the parks, into the fresh air. Social networks were at one time swamped with posts and photos of people saying that now they finally have time to spend more time in nature because all of a sudden they find salvation and escape from reality in nature. Did it really take a global pandemic for humans to finally find their connection to nature again? Suddenly no longer talking about car prices, cell phones, watches, flats, clothing, etc., all of a sudden everyone started talking about how we would survive, what we would eat and what we would drink. Did it really take a global pandemic for people to finally understand how we treat planet Earth, our only home?

This COVID-19 pandemic is not the first pandemic to spread on our planet. In the 14th century, the plague spread around the world. There was no globalization then, no conspiracy theories, planes, airports, trains, buses, huge tankers with containers from different parts of the world, modern postal system, medical knowledge was scarce and there was no health system and most importantly there was no internet. The plague has killed between 75 and 200 million people in just over a decade. In the 16th century, one smallpox infection (even known by its name) came to Mexico, an estimated one-third of the population of Central America died of smallpox. Also, scientists claim that nearly 90% of the local population of South America were killed by various diseases, not by the sword, that the Europeans brought with them during their conquest campaigns. In more recent history, we also had the Spanish flu that came out at the worst possible time after World War I. More than one person has died of the Spanish flu in a year than it has died in four years of the War and has spread to the farthest reaches of our planet in just a few months. It is estimated that one-quarter of the total population died from the Spanish flu.

Outbreaks have been and will happen.

Thanks to our current value system and our endless economic growth on a limited planet, the increasing population growth and the systematic destruction of nature and the environment for our progress, the human hand has reached various ecosystems and disrupted their harmony.

“The causes of the increasing occurrence of successful transfers of animal viruses to humans and the consequent outbreaks of epidemics are very complex and cannot be directly and directly linked to climate change. However, what many scientific studies tell us is that the destruction of natural biosystems and the drastic reduction of biodiversity that we have witnessed for the last thirty years are among the most important factors contributing to the frequency of such events. It primarily refers to deforestation due to agriculture and mining, construction of roads in remote and remote areas, rapid urbanization and population growth, which is why people come in contact with animals they have never been before, while the number of natural hosts of the virus is drastically reduced. Recent research shows that animals living in degraded habitats transmit more viruses that can infect humans. That’s why scientists believe that outbreaks of infectious diseases such as Ebola, SARS, bird flu and now COVID 19 will become more common. We must also expect the appearance of new, hitherto unknown diseases. This is the hidden price of our economic development and population growth on earth. ” according to PhD Dubravki Vitali Čepo.

Can you imagine a wicked disease spreading around the world and you do not even know it is happening?

Today, thanks to the internet, it has never been easier to get real, valuable and accurate information, however, we have also never been bombarded with so much “right” and “wrong” information and fake news are spreading at a faster rate than any virus. We have also witnessed a variety of great news that has begun to circulate on social networks that the natural immediately began to recover as soon as our daily routines were stopped and as soon as almost a third of humanity was quarantined. The water in the canals is purified, the fish in the canals are seen again, even the dolphins return to them, to realize in a few days that the water in the canals is purified solely because there is no more traffic in them and the ships no longer raise sediment from the bottom and that the water is still contaminated with various substances, it is no longer blurred, and the dolphin image turned out to be false because it was taken at another location in Italy. Of course, the current environmental situation in the world is positive, we witness that when our machines are silent, the rates of various greenhouse gases and gases harmful to human health drop sharply, which is good news, but what will happen when the quarantine passes, will we go back to the old one again?

We all forget that we have already done enormous damage to our planet by now. Plastics are still in the oceans, sources of drinking water are becoming increasingly threatened, climate change is still happening because we disrupted the climate before this pandemic. The time that comes with it raises countless questions. And already people have started finding used protective masks on various beaches around the world, how we will treat ourselves and how we will solve this problem, time will tell. Before the pandemic, everyone was saying to save our planet if we turn off the water while we brush our teeth, why then today in most videos showing proper handwashing, which should take 20-30 seconds, the water is constantly flowing?

All of humanity today faces the fear that this pandemic sows, but humanity has never before been at such a high stage of development, with all technology and modern medicine we have the best care possible and are the best starting point of any of our ancestors who faced a global pandemic. We know how the virus came about, we know what we need to do to prevent it from spreading, there are no vaccines right now, but that doesn’t mean it won’t be soon.

We are witnessing huge changes globally, and we can see that big changes are quite possible, but, unfortunately, a pandemic has to happen to the world to understand this, while warnings from climate change scientists have been a minor issue there as our economic growth continues grew into infinity. Now that we are confined in our homes and worry about eating, drinking, working, how to save the world, jobs and the global economy, environmental care has somehow fallen into disrepute, but the situation itself dictates that we turn to nature, to ourselves. to his family, to his friends and acquaintances, to his fellow citizens. With the widespread insanity of food supply and the decline of small farmers, more and more people are turning to them to save their family member, friends or fellow citizens. Is it a pandemic for people to understand how to eat local groceries, how to encourage a local small farmer and buy groceries directly from him?

It is all of the above that has the best possible environmental impact, the ecological footprint of both the farmer and the buyer is very small. Now that we are in their homes and everyone is talking about having time to do things they couldn’t do now, now is the time to learn and start separating waste in their homes, ordering seasonal local produce from small local farmers, to finally realize that we are so small to our planet because we have forgotten that we are only two minutes on this planet if we look at the entire geological past of our planet as one full hour. It is up to us little people to help one another, to appreciate, respect and respect each other, to stand in solidarity with one another, and to develop empathy for one another and also for our planet. It is up to us to finally realize that great change is possible, especially when people of different nationalities, faiths and races unite in one goal. This pandemic will pass, but what matters most is what we will learn from it, not as a human but as an individual.

Will we continue to laugh at the person in the shop who doesn’t put fruits and vegetables in plastic bags, who recycles, who carries portable ashtrays, who collects garbage and loves to spend time in nature away from everyone? Are we still going to laugh at the weirdos who are advocating for the environment and sustainable development and calling for change?

I hope not because it is up to us to make these radical changes for us “small” people, starting with ourselves, because we cannot know what will happen tomorrow, let alone in a month, and how long this quarantine will take. It is up to us that our protective masks do not end up in the environment, it is up to us to recycle, it is up to us to encourage local production, to save water, to buy only what we need, and to finally reduce our ecological or any other footprint, to it is up to us to save this planet.

We are all witnessing the great changes on a global scale that are happening day by day and the phrase that is now so worn out: “Change is possible! Change starts in you! ”Maybe in this situation, though, it sounds a lot more realistic and possible. 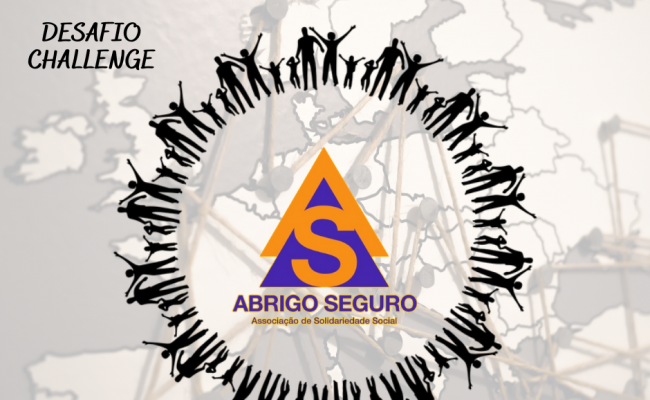 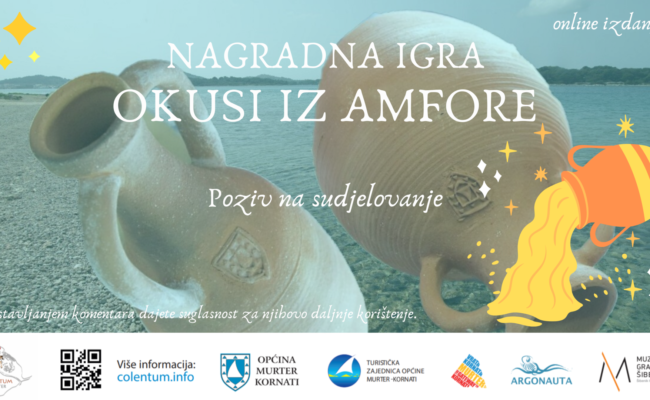 The online edition of the “Flavours from the Amphora” prize game 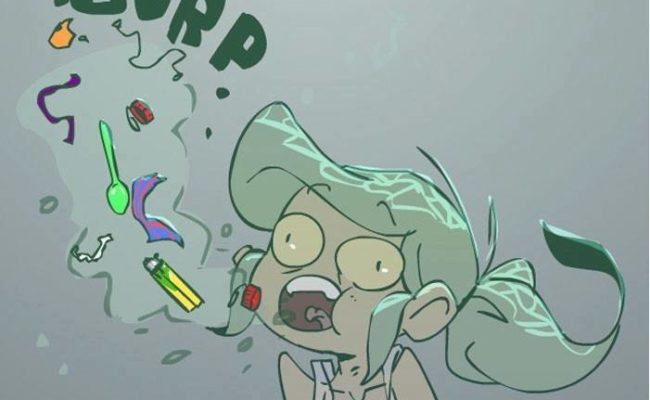 COVID-19, People and the Environment 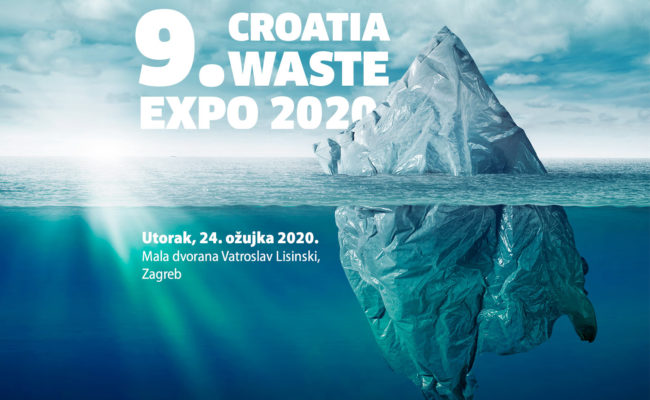 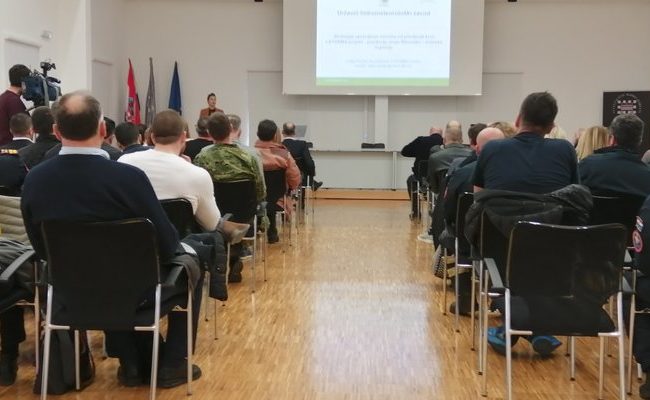 We attended a roundtable on “Climate Change – Challenges for Civil Protection” 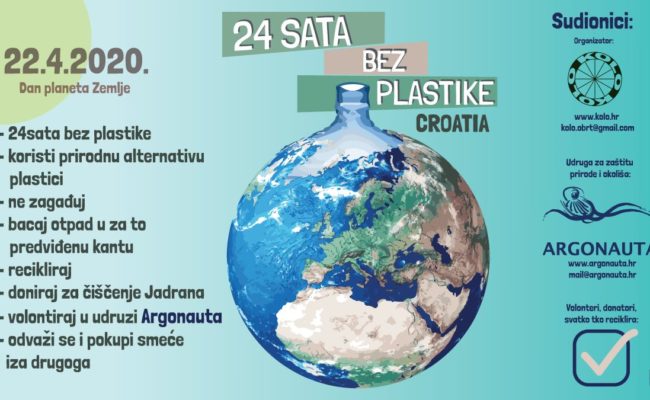 Participate in the “24 Hours Without Plastics – Croatia” Event